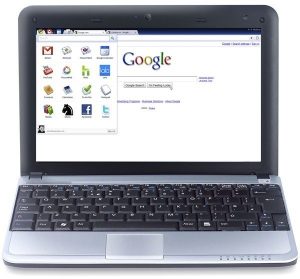 This costs $28 per month. Your Windows PC costs about 15x more.

In case you missed it, Google just launched the Chrome operating system whatsapp status messages. The reason Google created Chrome is surprising: Google believes that nearly 50% IT departments are stuck on a 10+ year old operating system: WindowsXP and would like to change tuneup free full version chip.  Here’s the sales pitch:

Windows Laptop TCO: $4407 per year for WindowsXP or $367.25 per month (Windows 7 and Vista lower that TCO estimate by a little under $500 per year) blizzard download kostenlos. Those costs include the computer, network, support and software. The number is Microsoft’s TCO estimate, not mine.

Google Chromebook TCO: $28 per month for business users and $20 per month for students (yes, Google just took direct aim and Microsoft and Apple’s education market) Download free bvb images.  The monthly cost includes the computer, the network, some of the support and some of the software.

That’s right. Google’s pitch is that their solution costs about 93.3% less than using Microsoft Windows XP, and 80-90% less than Microsoft’s more modern operating systems. The IT media has largely panned Chrome claiming that Chromebooks lack functionality, don’t work like WindowsXP, and the cost at Best Buy is about the same as a comparable laptop.  Unfortunately, computer costs don’t work that way.  The cost of the hardware is often a drop in the bucket compared to software, network and support costs.

The message that CEOs are hearing is this:

CHROMEBOOKS COST $28 per month.  My CIO says laptops cost us $350/month per employee. Wait until the street hears we cut IT costs by 90% this year!  That ought to take care of this year’s bonus, and I don’t even have to fire anyone.

With that kind of value proposition, don’t be surprised if Google Chrome quickly gains momentum.