I’ve been thinking a lot about the importance of security as a feature. Here’s what I’ve decided:

Security does not sell.*

*except when you are selling security products. 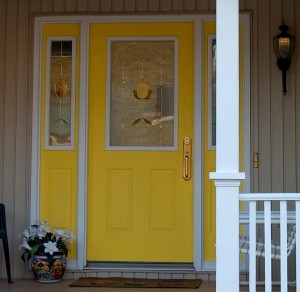 Glass sidelights and stained glass doors are beautiful, but easily defeated by a rock.

When it comes to selling, security is a lot less important than utility.  Take the front door on many homes. All that stands between the bad guys and your family is a glass sidelight.  If security mattered, Home Depot would offer four doors: 3″ solid oak, 1″ solid iron, and 6″ ultimate vault.  Instead, Home Depot’s selection generally increases in price as the amount of glass increases and security actually decreases.

Since door locks are a security products, people will pair their beautiful 80% glass french door with a $800 retina scanner dead bolt. Then they will add $1200 worth of burglar alarm which notifies the police after the bad guys have entered your home.

When it comes to selling, security is much less important than utility.  People buy things because they are useful or  cool.  People avoid products that are difficult to use or are cold and uninviting. 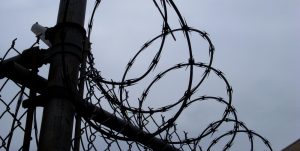 One thought on “Security Does Not Sell”